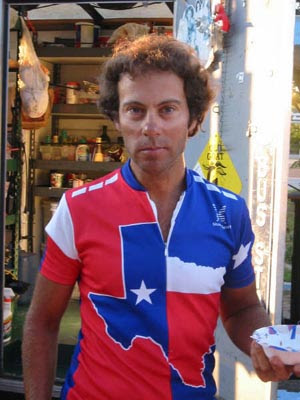 Dear fellow cyclists,As the Ride of Silence approaches — Wednesday night, May 18, 2011 for most communities — let’s take a moment now to reflect why we ride in silence and for whom. As someone commented on the Ride of Silence’s Facebook page – “the great thing about the Ride of SILENCE, it’s the same spoken in any language.” Silence is truly a universal and powerful language.
Below in the comments, please list the name of a bicyclist (could be yourself as a crash survivor) that you honor and wish to always be remembered.
Then please take a moment to also add this honoree info here (which will be collected by official ROS organizers for possible inclusion on the memorial page, which hopes to soon include injured cyclists). To see a list of all cyclists who have already been memorialized on the ROS site, visit the “In Memoriam” page.
Now – fellow bike bloggers… help us make another “silent” statement before the night of the ROS silent procession. Please re-post this exact post on your own blog asking the same of your readership (to comment with the names of bicyclists they honor and remember and to repost).
This is our “honor roll” for all bicyclists that the Ride of Silence (the global bike community) will never forget! We honor in this “silent” way all those who have been killed or injured by respectfully saying nothing at all… as we put a name to all cycling crash victims who we will never forget.
Please also add the names of cyclists we honor to the ROS Honor Roll database for statistical collection purposes – http://bit.ly/mnFne9
Let the Silence ROAR.

1.
We have a problem on Facebook.
There are evidently many Ride Of Silence page, but without a location attached to the title. I’m told there is a glut of these out there.

2.
something to be aware of...
The Ride of Silence in Winston-Salem, NC will not be taking place this year.
According to last year’s organizer, Bruce Hermann, “I’m afraid it is out for this year. Last year I funded and organized the event myself. Despite hiring WSPD officers, publicizing through the local bike shops, cycling clubs, schools, churches, media,… I only got a handful of riders. I even got letters of support for our elected representatives and a Ride of Silence Declaration read at the start of the ride by our Mayor. If the ride can be embraced by the local club or the MS ride, both of which have hundreds of riders, then it can turn into a successful event.”
As one of the board members said, “Pretty sad situation there. Hard to imagine why there's such little support in some cities.”
At least part of the answer might lie in today’s RofS blog, written above, “Who is Them in ‘US vs. Them?’”
It’s not a good thing that one of our own doesn’t see the need for a collective voice that coalesces cyclists for what is a legal right.
Concerning Winston-Salem only attracting “a handful of riders,” it should be pointed out, that there are many locations where only a few riders collect before riding off in unison with the rest of us. Every location doesn’t have to be a mega ride. We would all prefer 10 ride locations of 10 people, than one of 100, because there would be more visibility in the 10 locations.
IF there is any way to salvage the location in Winston-Salem, IF any of you know a cyclist there who is able to be point person for the ride, please contact him or her ASAP, and let’s get that location back on the map. Meanwhile, be safe and ride on.
Thank you.

3.
Believe or not, you still have time to order a Ride Of Silence shirt. When I asked if I should tell people they can still get one, I was given a resounding, “Yes! I have tees in all sizes and dri fit in small and medium. If they have any questions please have them call my shop at 972-527-6263.” You can still order! 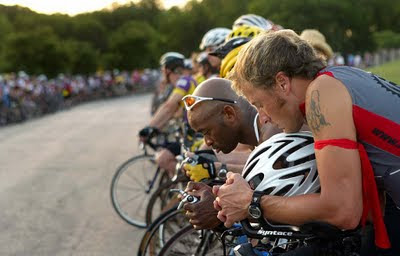 As we prepare for our 8th Ride Of Silence, and get as many sites and cyclists lined up for our one special day to show the local community as well as the world the power of a cyclists gathering together in peaceful silence protest, I encounter an excuse why some people don’t feel this is an important event.
Personally, I was hurt, because it came from an accomplished long time cyclist, and a friend I’ve known for over 30 years. But his statement of nonchalance points to the PR problem we as cyclists have. One is cohesion, the other is communication. Both are at least partially a result of the individualistic nature a bicycle attracts and the freedom it provides.
I was shocked by Bob’s comments, though they probably ring true in many cycling communities throughout my state, my country, and the world.
I provide his reasoning so you might be aware of what mind set is out there, and what we’re fighting against. Sadly, it appears to be ourselves…

"While I do know people who have been in car/bike incidents, and in one case, a nearly fatal farm implement/bike collision back in the 80s, to my knowledge, no "cyclist" in my immediate area has been killed in over 30 years.
"There has been the occasional death of a child riding in the dark without lights or intoxicated individual riding home from a local tavern (because they've lost their driving privileges), and while sad, the drivers of the motor vehicles involved bear little responsibility, and these incidents have no association with the local cycling community. So, locally (and personally), there's little impetus for a RoS. In some respects, that's a good thing."