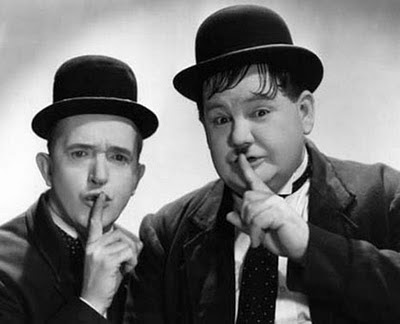 A young rider made known his thoughts about The Ride Of Silence riding in silence, to a local organizer, who in turn passed them on to me. We'll call the rider, "Bill." (Not his real name.)
Bill wrote, "Sorry, great idea, but the part about discouraging conversation just kills it for me, & most people I talk to about it feel the same. You might want to reconsider.
Believe it or not, this is a question that comes up from time to time. So let me explain it to Bill and others about that silence part of the ride.
First, and foremost,…
This is a memorial event, no different than Memorial Day 21 gun salute held in the U.S., or a funeral service. Granted, there is usually a parade involved with Memorial Day , but even then there are moments during the parade where people are silent, solemn, out of respect and introspection.
But Bill and others might not know there are Ride Of Silence locations that have additional things scheduled after the “quiet” ride to allow people to break the ice, open up, or gain closure over loved ones lost.
For example, Colleen Brown in Oakland County, Michigan, has a huge party at the velo-drome immediately after the ride. It all goes off really well. Other locations go to dinner. Point is, Bill and others who ask about the silence part of the ride, are focusing on only one aspect of the ride. It is the part that I happen to feel is the most important: silence.
...Sometimes there's nothing louder than silence. It ceases conversation, raises awareness, and underscores an important point. Simple silence. It asks for nothing anyone, no input, yet is impossible to over look or cover up.

Secondly, The Ride Of Silence is also a protest of sorts. It’s a show of solidarity among ALL cyclists, while also a show of strength, of numbers, of being able to come together showing the general public (motorists, governments – local, state, and national - authorities, and city planners) we are countless, more wide spread than many realize, with the same concern: living. This is an important, dammit!
This is an important event. NO WHERE else, under no other banner, is this opportunity taking place to peacefully assemble on the same day with ALL CYCLISTS, just as cyclists in New York, Florida, Alaska, Argentina, Singapore, etc. are also assembling. Bill and others miss the point by focusing on the silence.

Though I quietly resent Bill’s comment about a lack of conversation and that it “just kills it for me,” I respect his opinion and in turn, ask him to respect us and not come, not join in the procession, the grief or closure, or the empowerment I hear consistently from people after they’ve ridden.
At the start of the ride the first few years The Ride Of Silence began, I told people if they didn’t think they could be quiet during the ride, if they didn’t support in their heart what this was about, to please leave, no questions asked. “Do NOT ride with us, please,” I told the crowd of thousands that came to Dallas' White Rock Lake. If it’s a buzz kill for you, Bill and others, then don’t come. It’s that simple. There is no fee so you're not out any money, and since we don't collect a fee, we're not missing your financial support.

However, I would argue every great solemn event has within it a moment of awe and introspection. And this is nothing if not solemn. (Reference the sentence toward the top of this page where it begins "First, and foremost,...") Sorry, Bill and others, that we’re not chatting meaningless conversation over clinking champagne glasses, listening to a party band with balloons strung about. For you, there’s Applebee’s to mourn those killed.

Not that “most of the people” Bill talks to who “feel the same” aren’t important, but I’m willing to bet any Ride Of Silence organizer hears more feed back than Bill does. I know I see, hear, and read more feedback than most local organizers. Trust me, Bill, people aren’t attending because we are silent. One look at the increase in the number of locations last year can answer that question.

Finally, about Bill saying we "might want to reconsidering,"…in the words of Winston Churchill getting pounded in London daily by rockets during WWII, “Never, never, never.”

Further discussion needed?
80 days left before we ride together, slowly, silently, ...proudly.
http://rideofsilence.org/addlocation.php to add a ride location for you, in your town.
Let the silence roar!
c
posted by Chris Phelan  # 8:54 AM

February 21, 2011
I will not be going to the National Bike Summit to lobby for safer roads, or to enlighten congressmen about The Ride Of Silence, or meet up with other R of S organizers from around the country who will be attending.
After sending out my plea for donations back in the January 3 blog post to attend the National Bike Summit, we received one donation. Fifty dollars was sent by Mike Keel (Bikin’ Mike Keel), and he was alone.
I’ll more than likely contact him and ask to return the donation since it won’t be enough to help us/me out. After all, he has his own financial concerns being a R of S ride organizer, as well as a bike educator and ride director of several of his own rides.

For those going, Tim Potter from Lansing, MI (“as part of my job here at Mich. St. Univ.”), Lois Moss from Portland, OR, and Jody Orlovick of Cleveland, OH, are all attending and would like to meet up with other Ride Of Silence people. Tim is asking “any other organizers going to the Summit to get together while we're there, a mini RoS Organizer Camp.
“National Bike Summit - Ride of Silence Organizer's Gathering:
“If you're planning on attending the National Bike Summit in DC this year, Tim Potter (the Ride of Silence webmaster and board secretary) would like to organize a gathering one of the evenings during the summit. There are at least 3 organizers and one former board member who'll be there that we know of. Please use this Doodle Scheduler to indicate if you'll be there and which evening you'd be able to attend a gathering: http://www.doodle.com/8mevgzcx48dyz49n.”
The hope is that R of S people can meet each other, and maybe meet with a specific Congressman together. There’s strength in numbers.
Also, J. Steve, our Portland, OR organizer said, “I'd like to invite the organizers to the R of S Google group to provide a place to discuss challenges and success stories.” Please take a peak!

And here’s something extra to help spread the word about The Ride Of Silence: a video.
http://www.youtube.com/watch?v=ttNHKTRMtK4
Specifically, it is to let every person, every town, in every country know the we would support them entirely if they want to host a ride in their own town, even though the local governing cycling body doesn’t agree, or is holding you back. WE SUPPORT YOU!
(The video has enclosed captions in case English is NOT your first language.) Thank you for being partners with us.

Keep the rubber side down and stay active! 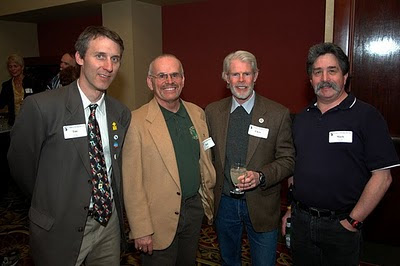 (Left to right, RofS Sec. Tim Potter, MLB Ex. Dir. Rich Moeller, RofS Founder Chris Phelan, RofS VP Mark Hagar)
Two people who volunteer gobs of time and energy will be rewarded March 25 in Michigan at the Michigan League Of Bicyclists (MLB) summit meeting. The awards will be presented by MLB Ex. Dir RICH MOELLER (pictured 2nd from the left).
The first of these two special people, MARK HAGAR (pictured on the far right), will be given the Bicycle Educator Of The Year award, “for education efforts on behalf of bicycling at the local, regional, and state level,…for all of his work with The Ride Of Silence.”
As the Vice President of The Ride Of Silence, he created the highest concentration of ride locations anywhere on earth. With over 20 locations in his home state of Michigan last year, Mark made it a mission to not let larger US states forget about the northern “ice box” state.
California and Texas (the home of The Ride Of Silence) only tied with 8. Pennsylvania came in 2nd place with 7 ride sites. (New York and Oregon had 6, while Arizona, Florida, North Carolina, South Carolina, Washington, and Georgia all tied with 5 locations each. As of this writing, there were already 29 US states that have locations, and 92 world wide.)
Realizing his talent for growing the ride, Mark has been shifting his focus to help grow it around the rest of the country and the world.
The second person being recognized for his tireless volunteer work and sacrificing his own time as Volunteer Of The Year is TIM POTTER (pictured far left), the Secretary and Web Master for The Ride Of Silence. A quiet thinker, Tim is many times a voice of reason during discussions within board meetings. He also sets up the technology to allow us to talk by phone from our various locations around the world. Currently he works with BEN VALLIN in Singapore to make our web site technology the best it can be without a budget. Tim is active at the state level with the MLB, works with the Ride Of Silence, and attends the national bike summit in Washington to help convince law makers that there are cyclists out here whose lives matter. Tim heads up the bike shop at the Michigan State Univ campus, is married and has three kids.
Both of these people spend many hours on the phone and internet making the roads safer for you and me, while also honoring those who have been killed by motorists.
I personally congratulate each one for their service and this honor bestowed on them.
Thank you Mark and Tim for being part of us! I look forward to rest of our journey.
c

The President's Not Coming 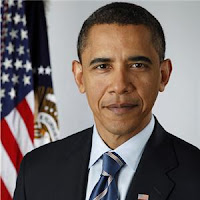 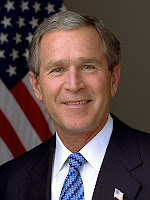 FEBRUARY 19, 2011I received a call yesterday from The Office of The President. President Obama will not be able to join one of our many rides across the US and the world this coming May 18. Yes, I'm slightly disappointed, again. I really want to see him on a bike. What better opportunity than a short and slow ride, maximizing safety?
Last year, there was a chance President Obama and former President Bush would be able to ride along on one of the short and silent rides, until more pressing matters arose for both.
(George W lives not far from The Mother ride that started it all in 2003. Word on the street was he was going to make an appearance. He rides in the area with amazing regularity, having become a local celebrity in the saddle in the most surprising places. He just pops up on the road, on a trail, or in a ride. Next thing you know, "Photo Op!")
I have not yet worked my way into contacting the former President, but should make that a priority coming up. It would be nice to have one of the world's leaders acknowledge what we do on the third Wednesday in May, on the same day, at the same time, all over the world.After all, we've had councilmen, mayors, governors, and congressmen. Why not the President?Maybe this will be the year.
posted by Chris Phelan  # 8:06 PM