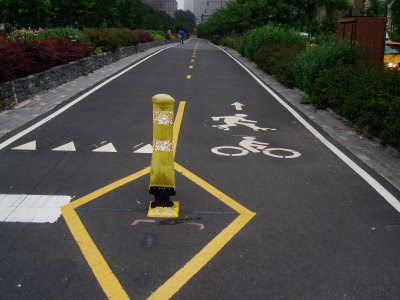 What started off in 2003 as a singular voice in Dallas, TX, has spread across the state, country, continent, and the world.

Each year the ride and, more importantly, the consciousness of sharing the road, has grown, awaking sleepy motorists, insurance companies, authorities, city planners, and city governments to the ramifications of a bike friendly city, both fiscally and statistically. (Ironically, Dallas, TX for two consecutive years has been listed as the worst place to ride a bike in the U.S.)

Nevertheless, we have much to do using our peaceful and quiet demonstration of the needless killing taking place on our roads.

As a defacto clearing house for the loved ones left behind a cyclists killing, we hear a very similar, yet surprising story each time. The scenario is this: a lone cyclist is hit from behind on an otherwise quiet road by a lone vehicle.

Though it happens in other ways as well (because of the staggering amount of cyclists kill each year, there is a wide variety to how motorist hits the cyclist), this similar scenario is surprising because it does not occur among speeding traffic who can’t see the cyclist, but rather in full view of their windshield. Tragic. And as inexcusable as if the motorist hit another motorist wrapped in a metal capsule. Yet, according to Bicycle Magazine, most motorists get off without so much as a traffic ticket. Sad.

I think there are two reasons for this gross injustice.

First, the cyclist is dead, and therefore can’t defend himself. When the police show up, and later in court IF it goes that far, there is only one side to the story of how the cyclist was hit and killed.

Second, IF the case gets to court, I believe that most people hearing the case (judges, jurors) are unable to identify with the cyclist because they don’t cycle. Those doing the judging are unable to know what it is like to ride within inches of vehicle passing them, and may even see cyclists as only a nuisance, a child’s toy that needs to not travel beyond the drive way.

There will be people taking part in this years ride to bond all the living cyclists (defined as ANYONE who can straddle a non-motorized, two-wheeled vehicle), who will not make it to the end of this year. They will be innocently killed, unable to match a ton of metal moving four times faster then the cyclist. The dead cyclist will follow all of the laws and yet will get none of its protection.

Do not be fooled that this cyclist can’t be you.

Let the silence roar this year on May 20 at 7 pm through the world, as cyclist ride less than 12 MPH for an hour in procession, in honor, in memorial of those that have ridden before.

Go to the web site, find your nearest location (or start one in your home town), straddle a bike, and join the thousands on this day to remember.